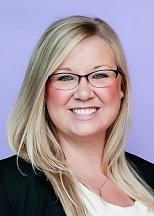 Kati A. Roach joined our law firm in June 2014 as an associate attorney. Kati handles most of the firm's general civil litigation matters, including any practice in the areas of family law, child custody, adoptions, guardianships, and conservatorships. Kati also advises clients on estate planning matters. Before joining our firm, Kati worked as a Law Clerk for the Presiding Justice of the Mississippi Supreme Court.

In 2013, Kati graduated second in her class, summa cum laude, from Mississippi College School of Law. During Law School, Kati interned for a U.S. Magistrate Judge in the Southern District of Mississippi, and she also worked as an intern for the Federal Bureau of Investigation. Kati received several recognitions during law school, including being invited to serve as a pupil in the Charles Clark American Inns of the Court, Judge Tom Lee Award, and the National Association for Women Lawyers Outstanding Law Student Award. Kati served as an associate editor for the Mississippi College Law Review, and her casenote was selected for the Bradley Arant best casenote publication award.

As a long-time resident of Warrensburg, Missouri, Kati is excited to be back home and helping the people in this great community.